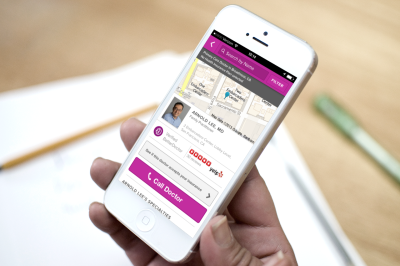 After a frustrating search to find the best local doctor in San Francisco during a “series of family emergencies,” Ari Tulla teamed up with friend and co-founder Tapio Tolvanen to do something about it. The result of what Tulla calls his “vendetta against the broken healthcare system” is BetterDoctor, a search engine and ranking service for doctors, which launched in September.

As veterans of the mobile space, most recently at Nokia, the co-founders focused on building a simple, device-friendly interface around their physician database, starting with an iPhone app and a mobile-optimized web experience for iOS and Android. Since launch, the doc-centric search engine has grown from 5,000 physicians in 5 medical specialties to over 1 million across 60 medical specialties. Today, the co-founders tell us, over four million people have used the service to find a doctor, and 5,000 physicians have now signed up to access its “doctor dashboard.”

With one million people now using BetterDoctor to search for local physicians each month and with a staff that’s grown to 21, the startup is looking to expand and to refine its patient-doctor matchmaking algorithms. To do so, the startup announced today that it is taking on $2.6 million in seed funding from Jeff Clavier at SoftTechVC, 500 Startups, Burrill & Co, among others. As a result of the round, Clavier and Burrill & Co.’s Dirk Lammerts will be joining BetterDoctor’s board of directors.

Of course, one of the big challenges that remains for BetterDoctor is awareness, particularly on the doctor front — something its new capital will help it to address. While one million doctors are currently listed in the startup’s database — and 300,000 have passed its “quality screening,” which means their experience, education, licenses, board certifications and referral network all pass muster — many of these doctors would be surprised to discover that this is the case.

Plus, there’s the fact that physicians, generally speaking, are wary of listing services, thanks to the difficulty of discerning which are legitimate, which will stand the test of time and which can actually add value. Some opt out of all of them to avoid having to vet a new one ever week; after all, doctors hopefully have more important things to do.

BetterDoctor, however, hopes to get over the hump by acting as a lead-generation service for doctors and their practices. Some physicians already have over 10,000 profile views via BetterDoctor’s search engine, Tulla says, and as a result, the company thinks in its a position to begin helping doctors not only find more patients but market their practice more effectively.

Physicians who sign up and pay to use the service — become “verified” — can claim their profile and use BetterDoctor for promotion. Of course, this sounds appealing, however, in running this kind of service, it can be tough to strike a balance between making money and staying objective in search results, while dedicating (relatively) equal attention to the user experience for both physicians and patients.

To avoid skewing search results, the service takes into account both consumer and peer feedback, as well as qualifications, to avoid surfacing only those “doctors who pay the most, but might not be of good quality,” the CEO says. This is a good start, but it likely won’t be the first time this issue comes up, and hopefully it won’t be the only precautionary measure BetterDoctor pursues. After all, as Practice Fusion has learned, it’s a fine line. 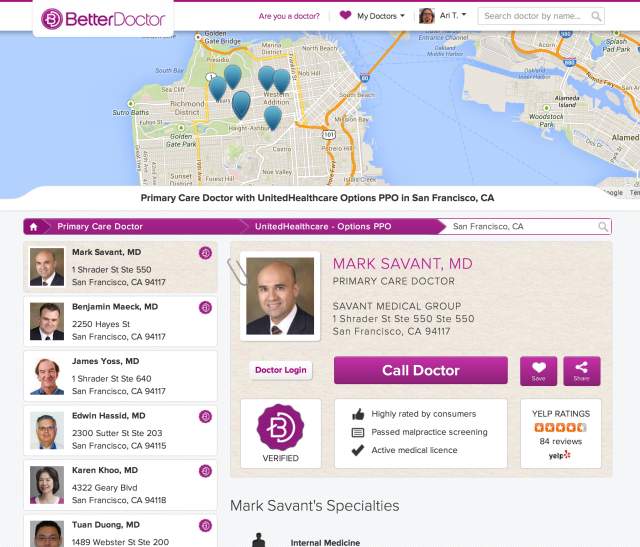 By offering lead-gen value for doctors and by casting a wider net with search results (while maintaining quality control) for consumers, the co-founders believe they can compete with ZocDoc and now Practice Fusion, and the increasing number of services that offer ways for consumers to search, browse recommendations and book appointments online.

Furthermore, because 90 percent of people still book doctor appointments by phone, Tulla believes that by focusing on creating a mobile-optimized and accessible user experience, it can attract a wider audience and offer a better alternative.

To that end, the other area where BetterDoctor believes it can really add value to the doctor search process is by not just offering more results but by actively matching patients with the doctor that best fits their search criteria and needs. It’s a complex problem to solve, and BetterDoctor is still putting the pieces together on this front, but it’s started down the road to better filtering and enhanced results by allowing users to key in their insurance plan to find practices that will cover them.

BetterDoctor is also optimizing the search experience by, thankfully, keeping its pages free of advertisements and also actively keeps doctors with negative ratings, those who have had legal trouble or are fighting malpractice suits, out of search results.

The team isn’t ready to go into any real details on its new plans for improving rankings and matchmaking, but it’s clear that this is where the startup plans to focus a significant portion of its attention in the coming months. After all, if BetterDoctor can continue to convince more doctors to claim their profiles and sign on, offer more information about their services and continue to hone its patient-doctor matchmaking, it could find a way to give the ZocDocs of the world a run for their moneys. And, perhaps more importantly, help make the tedious process of searching for doctors less, well, awful. 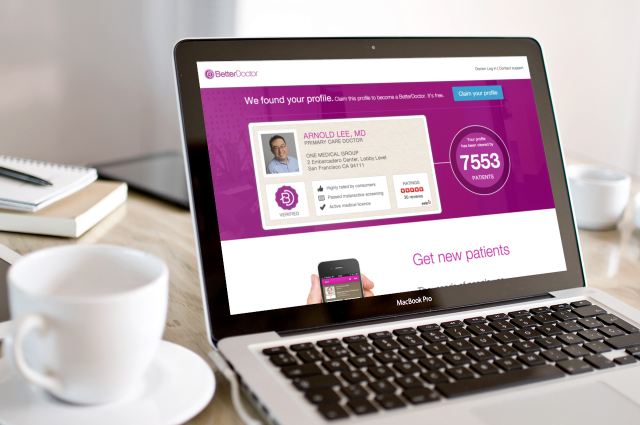